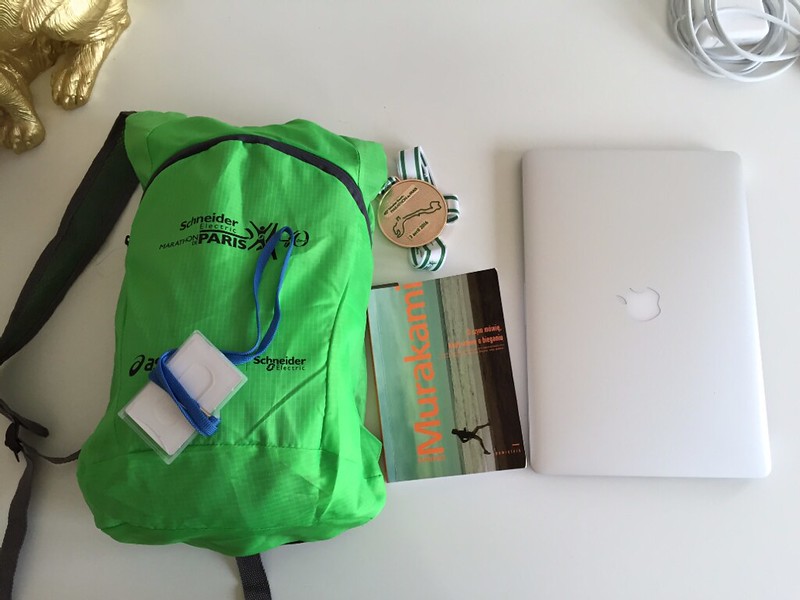 Fitness is not something given forever….

I was determined to try breaking the magic 4 hours, which is typically first goal for amateur runners in marathon.

The expected pace is about 5:40 min/km. My average pace from Poznan was 5:45 min/km so I was convinced (wrongly as it turned out) that it will be easy peasy goal.

It wasn’t. From very beginning I didn’t feel that this a day for pushing hard. Race in the early season is always hard. In Poland the winter season slowly just finished. Here in Paris it was quite warm sunday. In the winter I was mostly swimming and cycling indoor to prepare for my first triathlon in 2016. The hours spend on training wasn’t impressive January 22 hours, February 15 hours, March 11 hours. Looking back to it from perspective this 11 or 15 hours will be ok for a single week in Ironman preparation (sic!)

From 24 kilometer I started feeling strange pain in my knee. Has absolutely no idea what is going wrong. Running started being impossible for me. I have to walk. It was very sad. Paris people were cheering great. I have hard a lot “Allez Andi” (“Go ahead Andi” - name was put on my BIB). Was trying hard to force my self to run, but it was impossible. I was just walking through the run course just to become “Paris Marathon finisher” and grab finisher t-shirt and medal.

It was the reason of the pain in my knee. It is very common injury, which happens to the runners. Although you feel the pain in your knee the problem comes from your ass. Sounds funny? Indeed!

The iliotibial band is a thick band of fascia on the lateral aspect of the knee, extending from the outside of the pelvis, over the hip and knee, and inserting just below the knee. short from wiki

But don’t panic! You can easily avoid ITBS with proper stretching and rolling

It was awful tasting medicine, but I guess the patient needed it.

After this failure I came back more motivated to train harder. Visited few times great physiotherapist, who advice me good techniques for stretching and rolling. Applied commute runs. Next month before my 28 birthday I broke the 4h in marathon at Gdańsk Maraton with 03:39!

Thankfully I learned this lesson in the very beginning of my first triathlon season.

I truly advice this clever book about running, triathlon and life from japanese writer Haruki Murakami who is a finisher of plethora of marathons and triathlons including Ironman race.