It was tough experience, but definitely the one really worth hard work and commitment.

Swim happend in Hamburger Binnen Alster and Alster, which is lovely lake in center of the city. Below you can see photo of Binnen Alster by night. 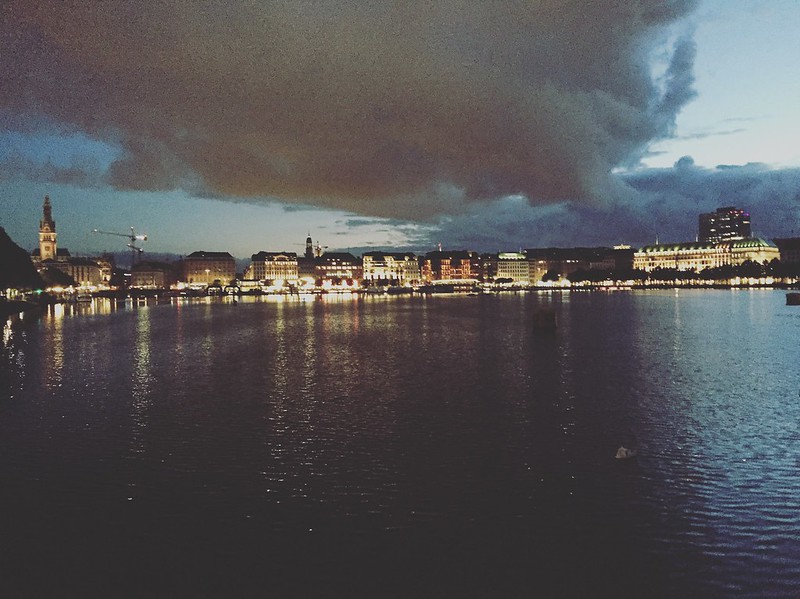 Below video from the swimming start.

After swim part in T1 I consumed:

The bike course was a two looped course. The vertical total climb was approx. 1.000m (approx.. 500m per loop). I really enjoyed the ride. Average of 32kmph is OK. I ate and drink a lot on bike.

While bike leg I consumed: 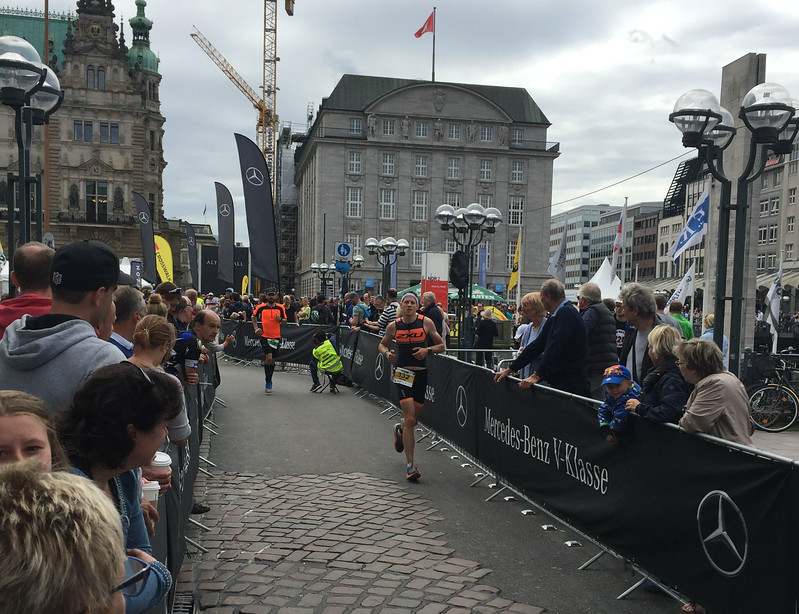 At the photo me after first out of 4 loops.

Since 24k to 37k I was mostly walking. Legs just stopped to work with me, and were not intrested in any cooperation. Even fuckin Galloway was not a choice. Very humiliating expirience. Last time I had to walk was 2016 on marathon, but it happend because of contusion.

Never expirienced need of walk in any of 70.3 triathlons. Yeah men… but this is an IRONMAN. I manage to force myself for last kilometers to run, and it worked again. This was a miracle.

Some questions to consider:

Hopefully next year I come back to Hamburg for a revange!

This year running a marathon took me really loooong 4:36 hours

While run part I consumed:

Average pace (min/km) of each of 5k splits:

Ironman debut done. A bit of disappointment with my performance still in my heart. Learned an Ironman the hard way. 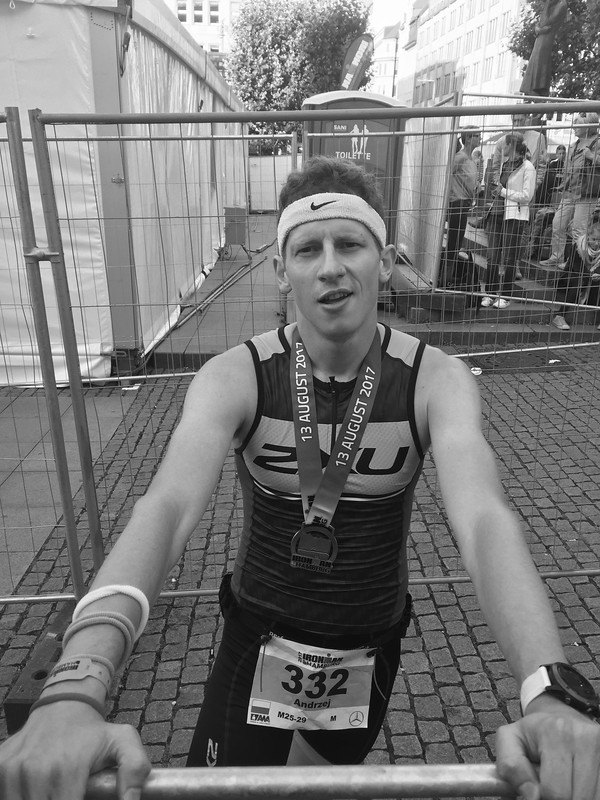 Still in love with swim, bike and run 🏊🚴🏃

Your first Ironman should be about fun and main goal “complete” rather than “compete”. 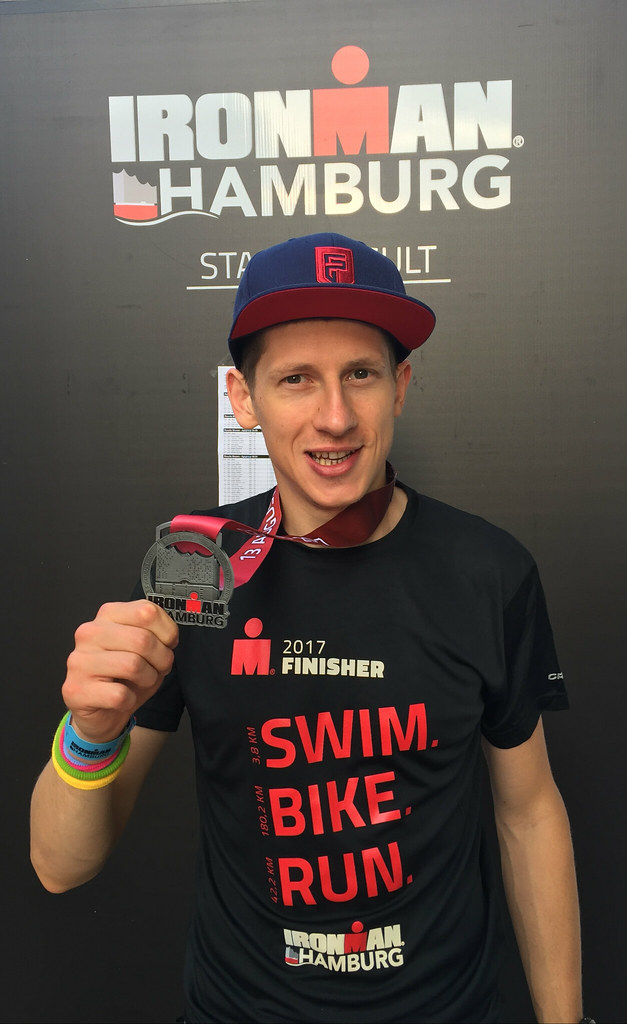 last but not least I would like to say THANK YOU to few people supporting me on the way to becoming an Ironman.

She said YES. I become One, and she become One. For each other. 😍 #love #engagementring #ironman #trilife #couplesgoals #couple #hamburg #ironmanhamburg #engagement

Thanks Marcin for mentoring, and answers to plethora of my questions regarding training, logistic, and races

Thanks Mikołaj for sharing with me a lot of swim-bike-run tips and tricks during Luft Tri Team camp in Szklarska Poręba. It was really productive time.

Thanks Damian for sharing your deep running knowledgewith me

Thanks Jagoda for helping me eating as I should The provided by you and your team suggestions and menu were easy to apply and just worked! Reduced my weight by feeling even better and more powerfull on the trainings.